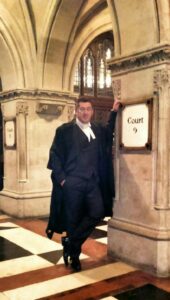 Citadel Solicitors & Advocates Ltd was founded in 2017 by Kevin Hopper LLB (hons). Kevin is responsible for all aspects of compliance and regulatory requirements. He is fully conversant with money laundering regulations and the firm’s Money Laundering Compliance Officer. He also acts as a supervisor for two fee earners and is reponsible for the firm’s complaint process.

Kevin qualified as a solicitor in 2000 attending university in Bristol and London. Once he completed his training, he began working as an assistant solicitor with one of the leading white collar/serious crime firms based in Central London. He gained full rights of audience to appear in all courts in 2004 and has run a firm of criminal solicitors for over 12 years. Examples of previous cases that Kevin has worked on include multi million pound frauds, drug conspiracies and all manner of general criminal matters.

Kevin is widely regarded as a leading practitioner in his chosen fields and has acted for clients in matters ranging from road traffic offences to murder. He has regularly appeared in the Courts of Appeal. His knowledge of legal procedure and law is second to none. In his past, he has successfully defended cases prosecuted by the Crown Prosecution Service, Fire Service, RSPCA and local authorities. In July of 2017, Kevin was called to the Bar. 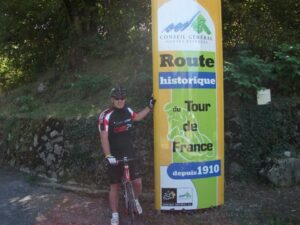 Having previously been in the Royal Air Force Police, Kevin is able to rely on this experience at Court Martial hearings. He has defended serving police officers in disciplinary hearings and has experience of representing professionals at hearings before governing and regulatory bodies.

Away from court, Kevin enjoys cycling and rugby.

Citadel aims to provide quality legal services to the general public and other businesses in relation to regulatory work and criminal matters including road traffic offences. We operate on a strictly privately funded basis. Kevin is an expert in the aforementioned fields and we aim to provide the premier service to clients throughout the South West.